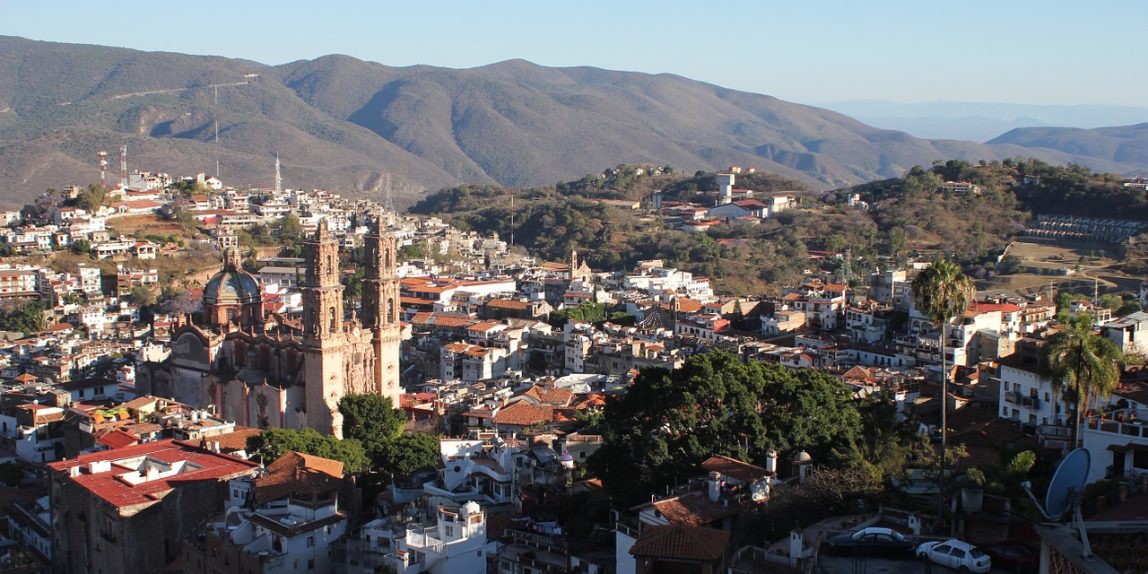 So before we left Santa Clara Del Cobre we had walked most of the town. We just got to see so much copper work. What was interesting was that in addition to different tools I saw in each, what was the same was a particular set of tools. It even looked like they said. Okay here is the basics you need to make a vase. A solid 6 in. rod in the ground I would assume a few feet with the top ground on one side to a point, almost like a little roof the opposite side had a groove ground into the steel. These were for forming creases both raised and not. Then they had a similar piece of steel but bent at a 90 degree angle about a foot long parallel to the ground. This had a similar roof shape ground on the upper side. Most of the hammers I saw were handmade so a blacksmith in town was a busy man. Oh they had tongs and pliers but the hammers were special. Some had handles six in. long to hold onto but the heads were 12-20 in. long on one side with different shaped faces. Very interesting to see everything but we had to go, only 8 days remaining to be back home.

We left town and headed east towards Mexico DF . I had the biggest cooler igloo made at the time which was a 157 qt. cooler which we had in the very back of the van. Dylan had stocked up food so he didn’t have to eat Mexican food unless he felt it wasn’t going to make him sick. We would stop and cook something mostly from a can on my single burner Coleman stove. It was nice and we drove east and we slept some under the lights of the Pemex gas station ‘s. If you have ever driven in Mexico turn signals don’t mean much. You just hit the horn and start the turn and everybody adjusts somehow. I have been in Mexico City over a 100 times but still would find myself in unfamiliar territory. But this day we were close to the airport and I thought it would be nice to get a good Hotel with amenities so we stopped at the Ramada Inn. Pleasant staff and a nice place and close to what I wanted to show to boys. The next morning we ate at the Hotel and I went to the front desk and asked for directions to the Zona Rosa, the tourist center of town with museums (several) Central Mercado etc. The young lady manager who spoke good English gave me directions and even drew me a sketch map. Well we were off and about 10 minutes into this 30 minute trip a uniformed police car pulled up next to me and into his microphone he was going psssst psssst so I looked over and he motioned for me to pull over which was no place to go so a few yards up the street I made a right onto a side street . He pull along side and wanted me to pull into the alley which I refused to do and just stayed there. They pulled up near me and got out telling me in Spanish to get out of the vehicle. I am not even close to being able to speak much Spanish but I understand quite a bit so I just acted like I didn’t understand a thing they said. I did get out, one office was young I’d say 22 years old and perfectly spit shined and pressed uniform. The other was over weight about 55 years old , tie on crooked shoes not polished just sloppy dressed. He was the one showing the younger cop how to shake down a tourist. Cops there at the time made less than $5 a day so when the opportunity presented itself, well ? After about 10 minutes of them telling me that we were in big trouble they produced their police manual with all the offences and rules. I noticed that the police car was like new and had in large letters the car number so I asked Dylan to find something to write it down along with their license plate number. They were standing right in front of me taking turns trying to get the money from us so I read off their badge numbers too. Then they had had enough and started shoving me around a couple of short jabs to my abdomen and the boys were “Dad are you ok” so I pulled out a roll of money from my pocket which I had just counted at the hotel $400. Of course they took it and I was pissed and asked if they wanted the kids money too. They said no and I said so now you leave, you have all our money and maybe another police car stops us and we have no more money left and we need to get back to our Hotel the Ramada Inn. So the old one gets in my van passenger side, kids in the back and the young cop is following us . So he asks why am I here in Mexico and I said part vacation and part business. He says what kind of business, so at this point I’m trying to come up with something that he might think twice about and give our money back. So I said my brother is a policeman also in the US and he is flying in tomorrow for a conference on international terrorism with police from many countries and maybe he will find time to speak to your boss or whoever is in charge of international terrorism here in Mexico and now they will have much to talk about.

His face turned red and demanded to get out saying ALTO ALTO ALTO hell I could see the Ramada a block away and as traffic slowed he tried to open the door but I held to door lock button down and raced into the Ramada portico, screeched to a stop he jumped out, I was yelling I’ve been robbed as I ran to get the kids out. The doorman, the valet man saw what happened because as the cop got out, the cop car zoomed in and he jumped in and they hauled butt. By then the manager who I just got the directions and the sketch map from came running out going” oh my god are you okay”.Well yes we were but some $400. bucks lighter. So I told her the story and that we had all the numbers of the car and their badges too and that I wanted to file a complaint with the international division of the Mexican Police. Really I figured what do I have to lose and I had already told the police robbers a yarn about my brother so what the hell. It wasn’t the best idea I thought later on. The manager called the police and was almost screaming into the phone, gave them hell and the numbers. After a few minutes she came over and said that they said they would call her back in a few minutes, so we waited and she got the call that someone was coming to talk with her. About 45 minutes later the chief of Police for Mexico City or at least that’s what the manager said came to speak with her, she asked me to step over so she could interpret what he was saying. He was taller than me and I’m 6′ 5″ but he never looked at me but pulled out the roll of money asked her to see if i could recognize it, I said I couldn’t but if this is what came from them I’m satisfied. He told her that he has placed these two men on leave and they of course are not happy and that there are some 17,000 policeman in Mexico City and that he cannot control all their actions and that it is now very dangerous for my children and myself and that I need to leave Mexico immediately , he turned and left. She asked what I had told the two cops that robbed me and I told her the whole story. She said she was so sorry that this happened but she would help us. So she called an uncle who drove to the Hotel and said that it was a trap for us to leave in a two tone brown window van with Florida plates so we waited for several hours and late in the day we were to drive into the Zona Rosa and stay at a Hotel named Uno where this manager had a friend that was the manager there. It took about 45 nerve racking minutes to get there but when we pulled in the manage met us and had us pull the van into a corner of the parking garage and several men took plywood and built a big box around my van. The manager was very nice and gave us a super discount on a room which was just incredible. We were probably on the 15th floor and it had a pool on top of the roof with a small burger type place there for the guests. We saw the museums and everything but after 3 days we had to go. So the plan they made for us was to leave early in the morning when traffic was the heaviest and the same old uncle drove and we followed until we reached the highway north and he waved us on. I drove the speed limit but didn’t stop until we were well out of town. The trip was 15 days and 4600 miles Looking back it scared me for several years to think what could of happened but it didn’t and we did find the town that hammers copper and made it out alive.